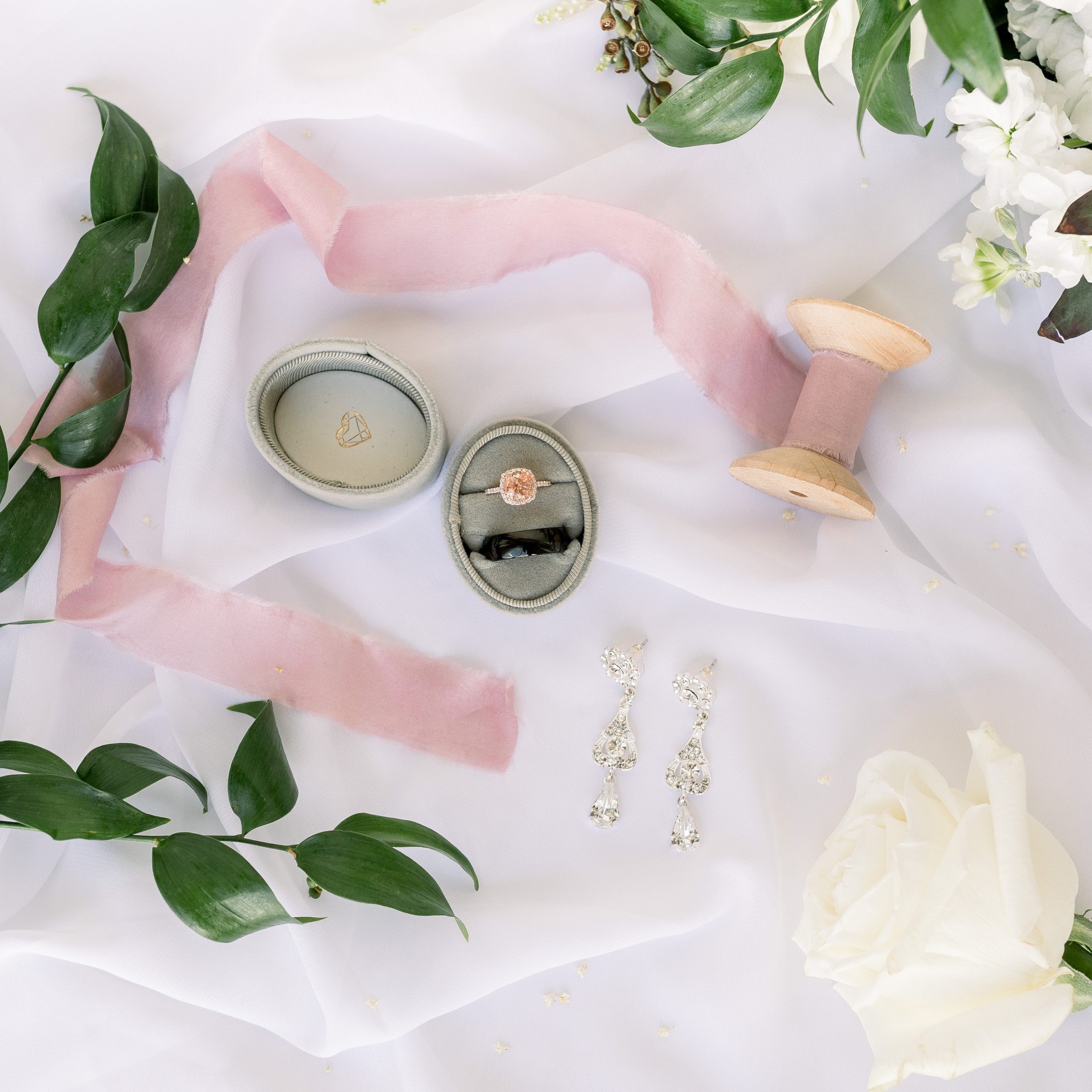 There was something so sweet about this lovely Louisiana wedding of Courtney and Stefan Porche. The couple met through the bride’s sister and brother-in-law who own the gym where Stefan is a trainer. Sparks flew, and six months later Stefan popped the question at a surprise engagement that Courtney believed she was setting up for her best friend. When the time came for her “friend’s proposal,” she handed Courtney the flowers and Stefan dropped to one knee!

Courtney chose a lovely blush pink for her bridesmaids which was repeated in the florals, cake and decor.  Groomsmen wore blue with matching pink ties and accessories. The bridal bouquet included a couple of special touches, a keychain placed there by her mother-in-law and a single white tulip in honor of her deceased grandfather. The bride says her favorite part of the wedding was when Stefan placed a special ring he had made on her daughter’s hand. The wedding was simply soft and pretty, and so full of love, we just had to share. 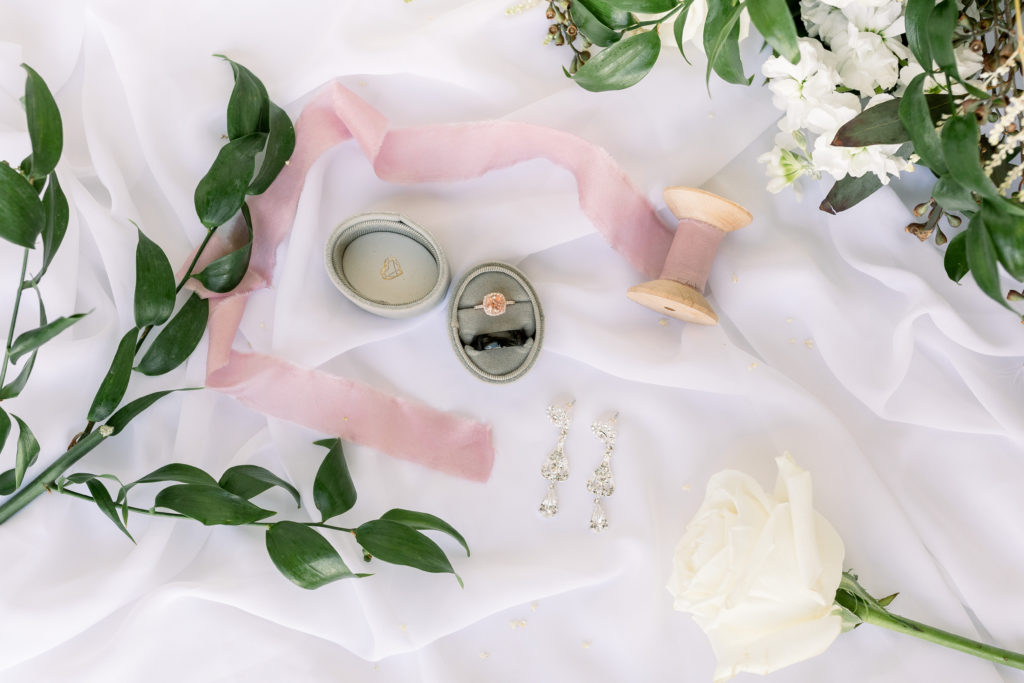 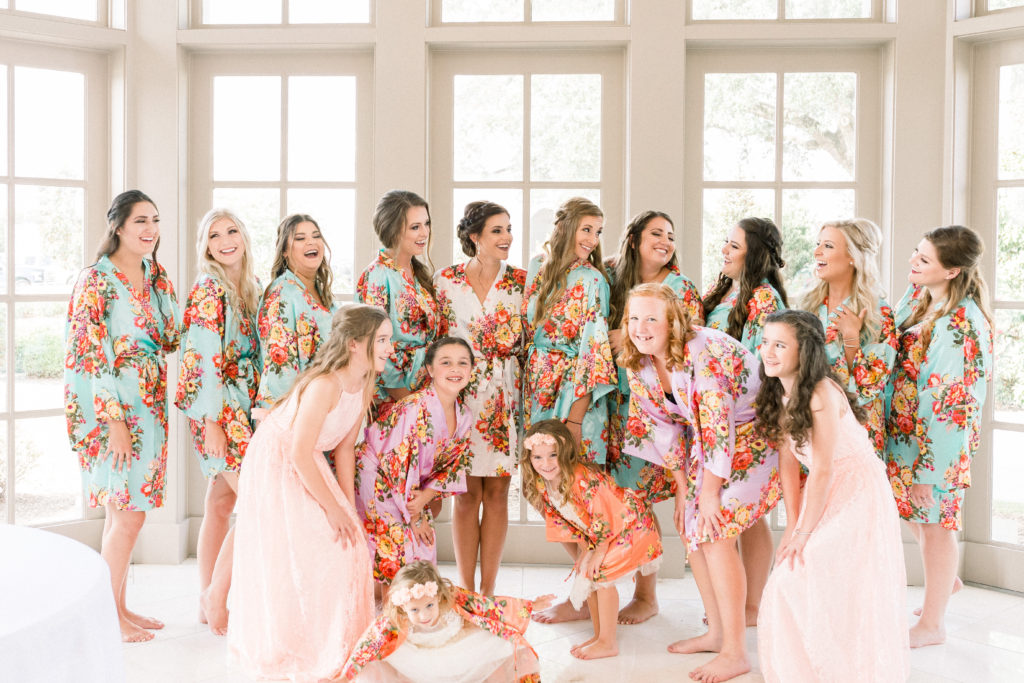 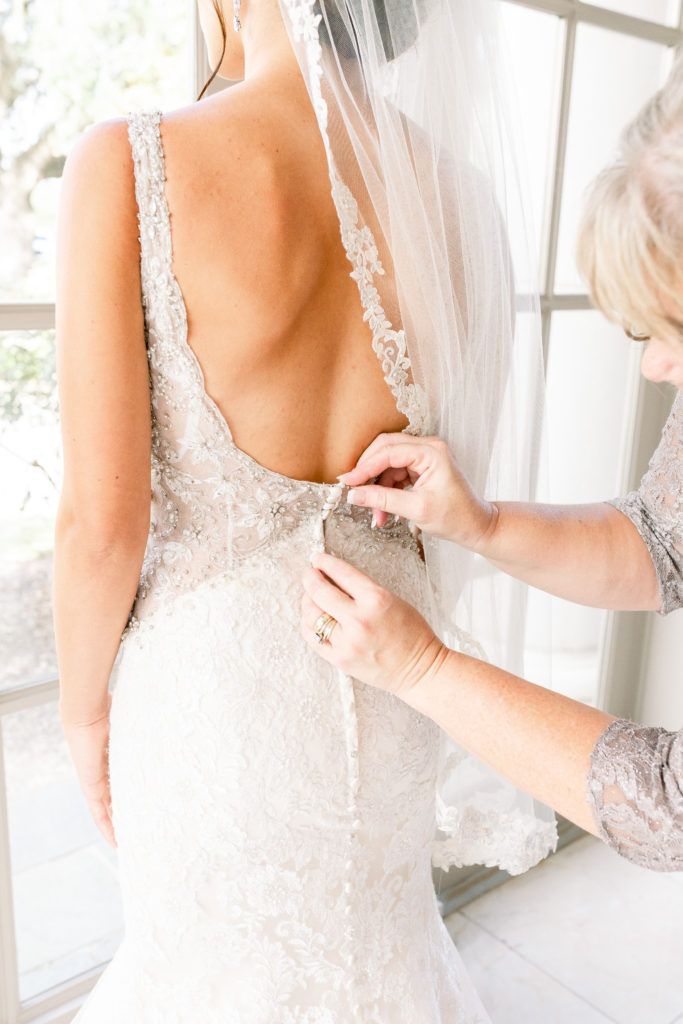 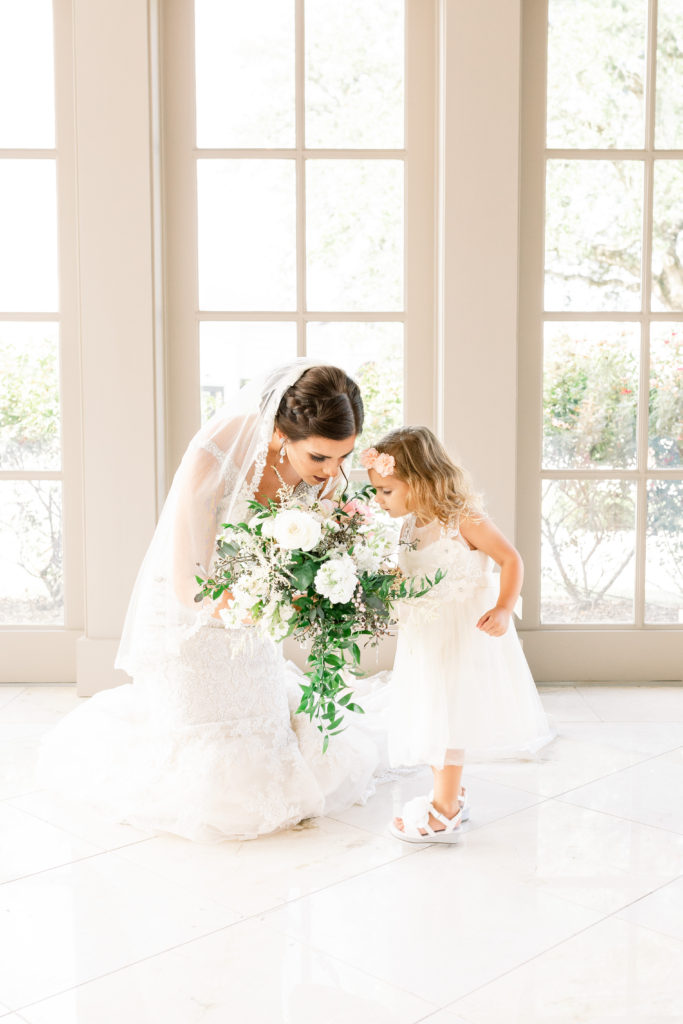 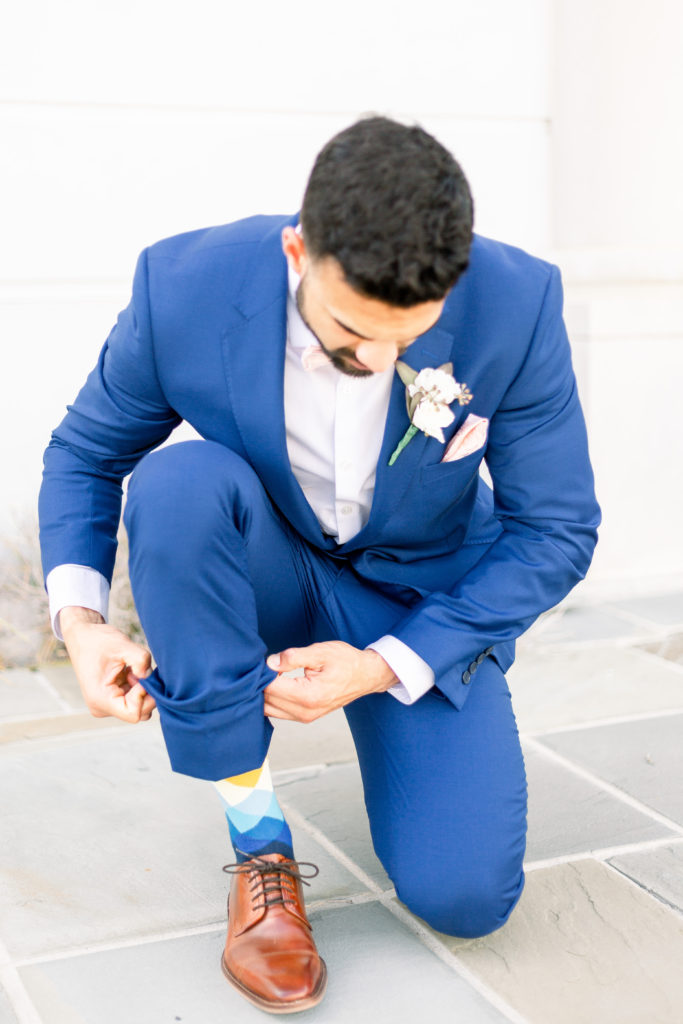 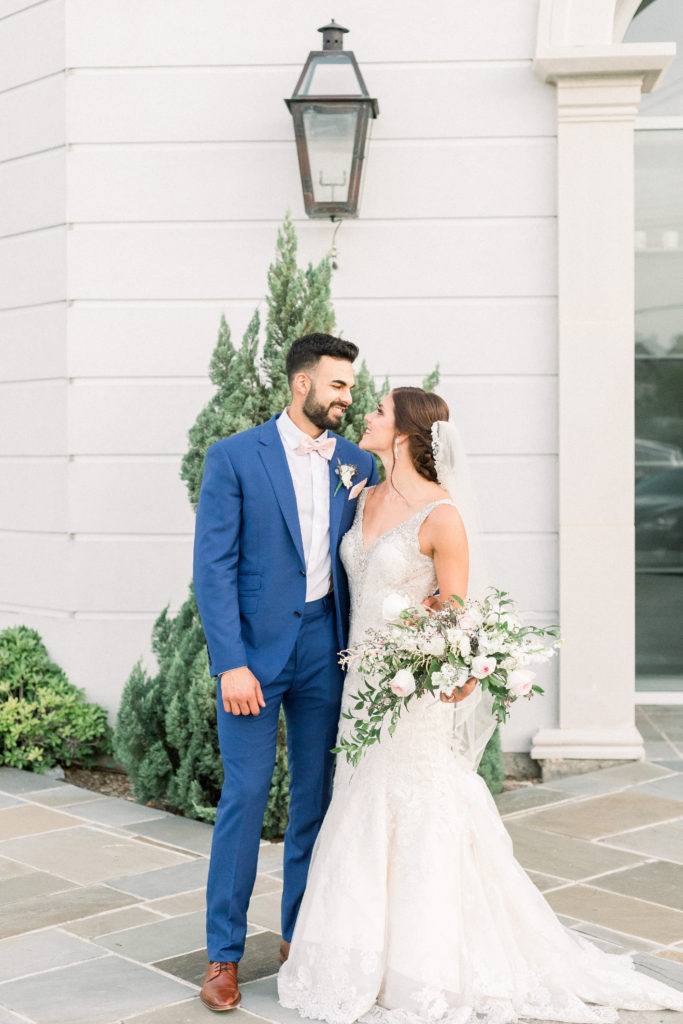 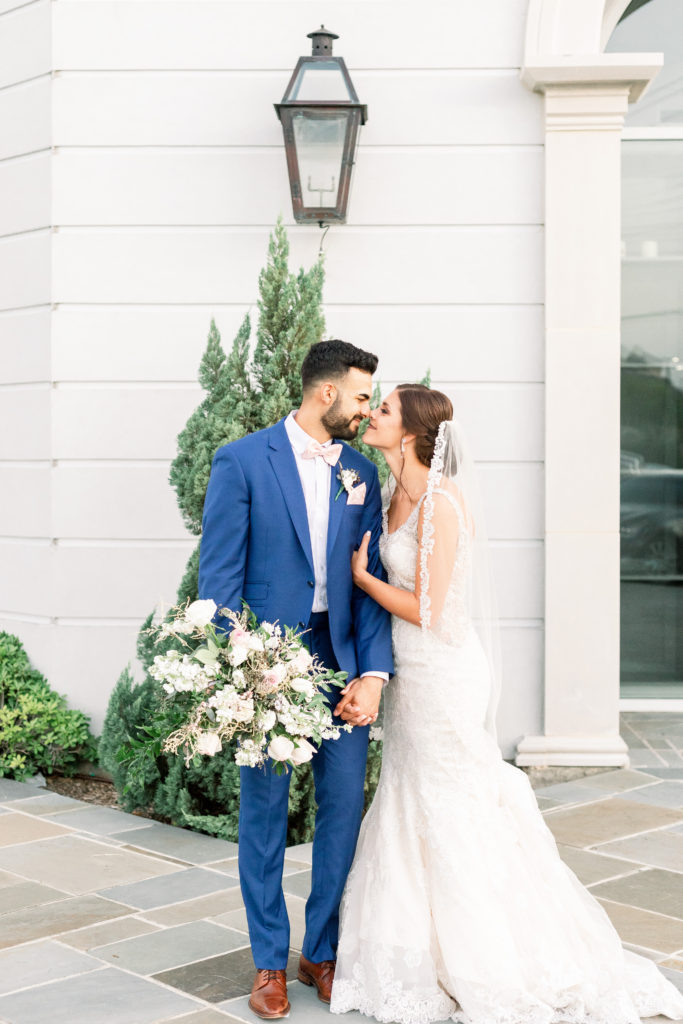 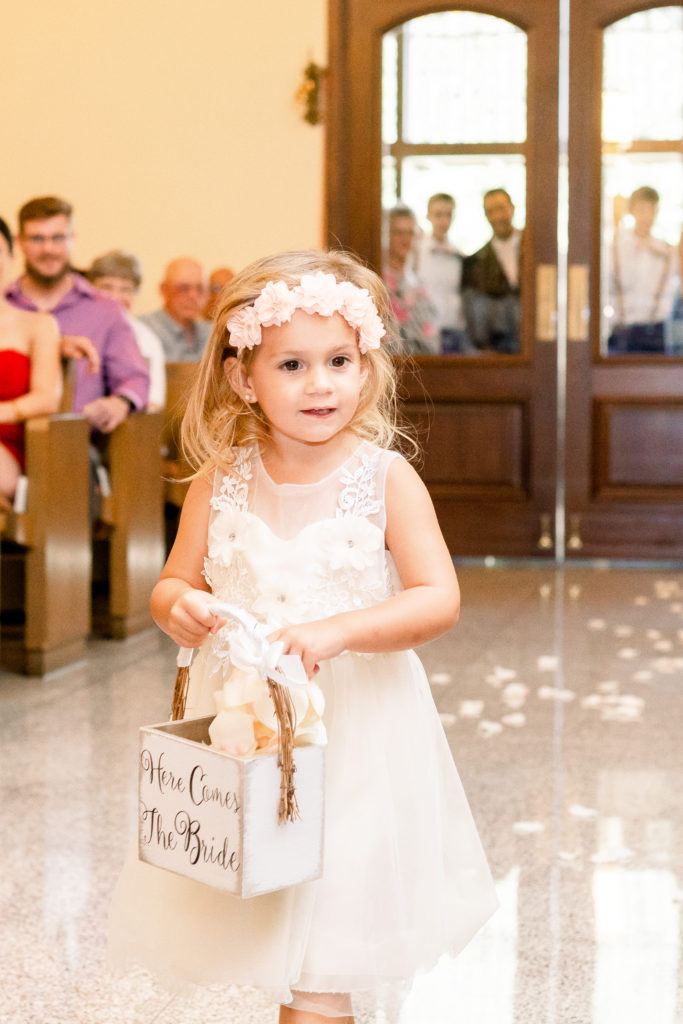 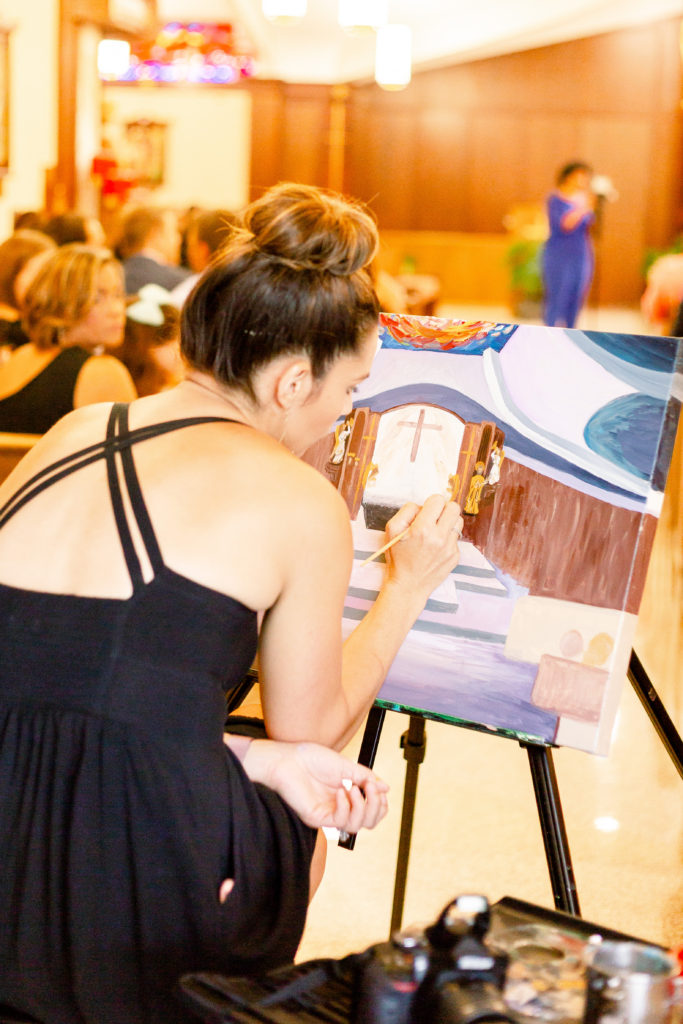 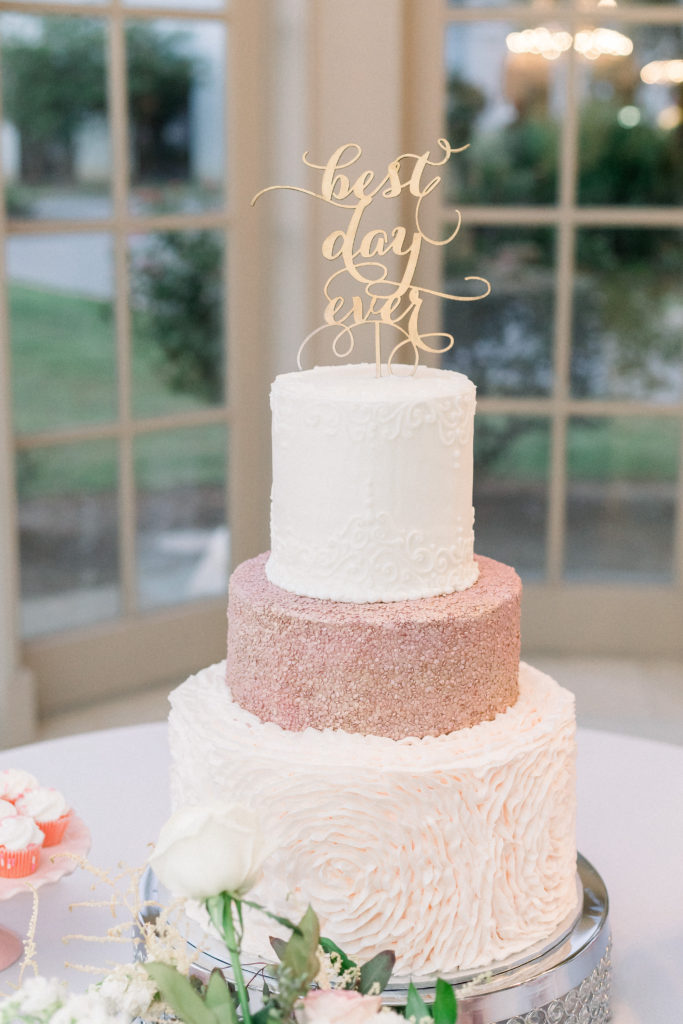 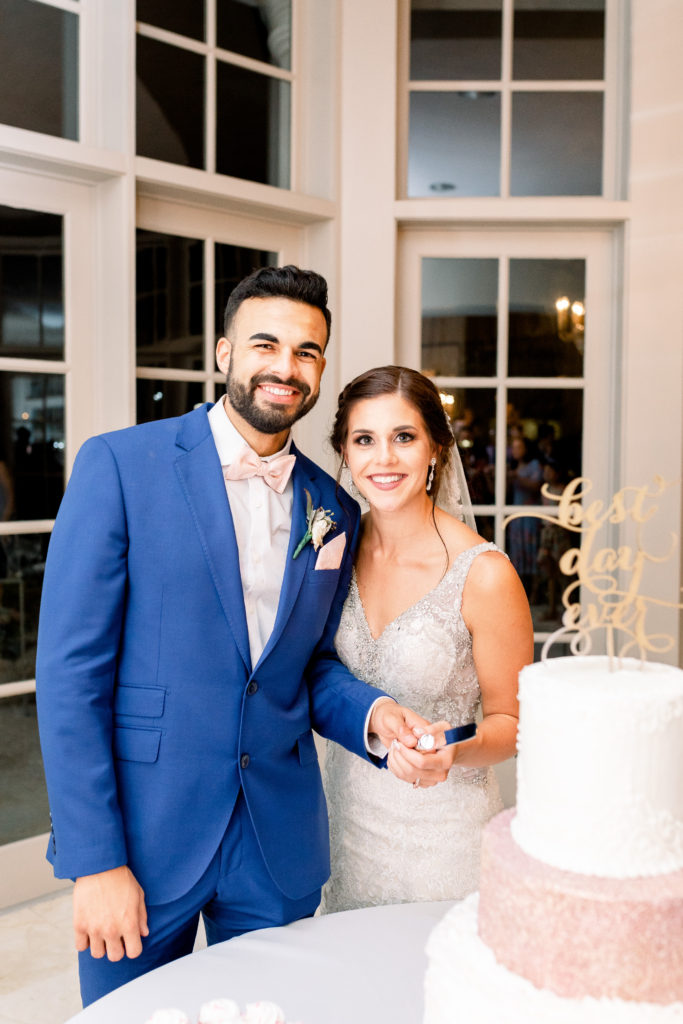 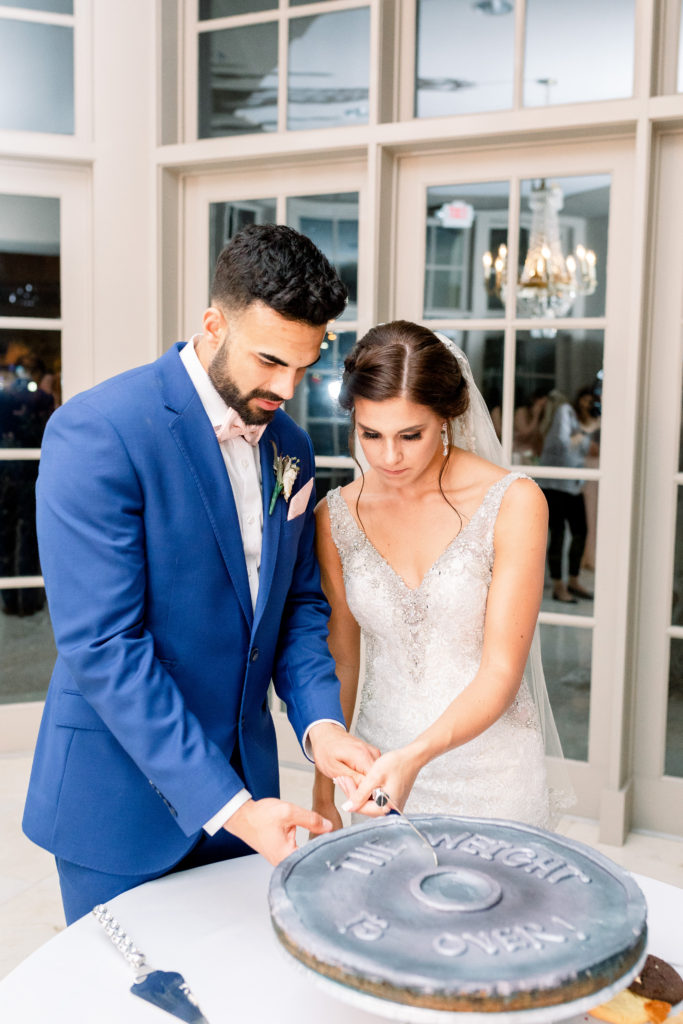 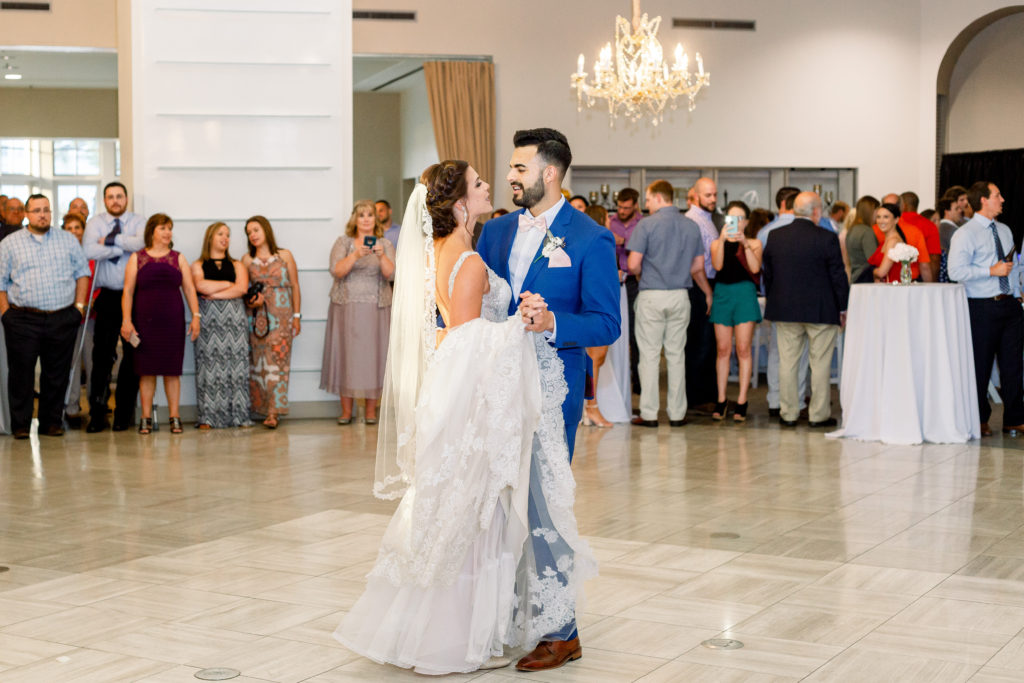 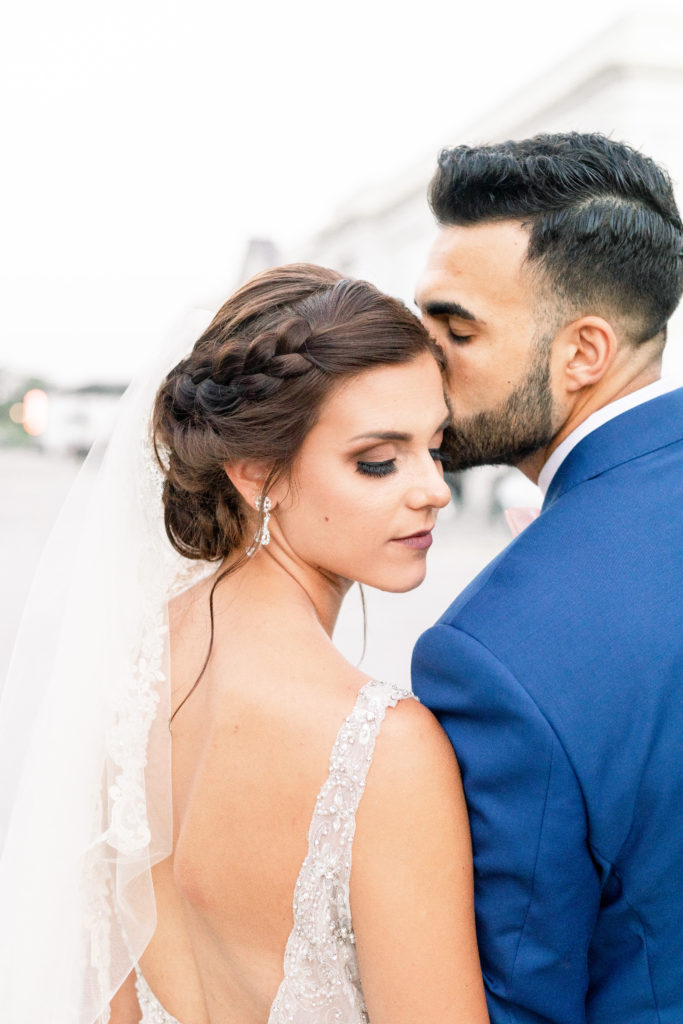 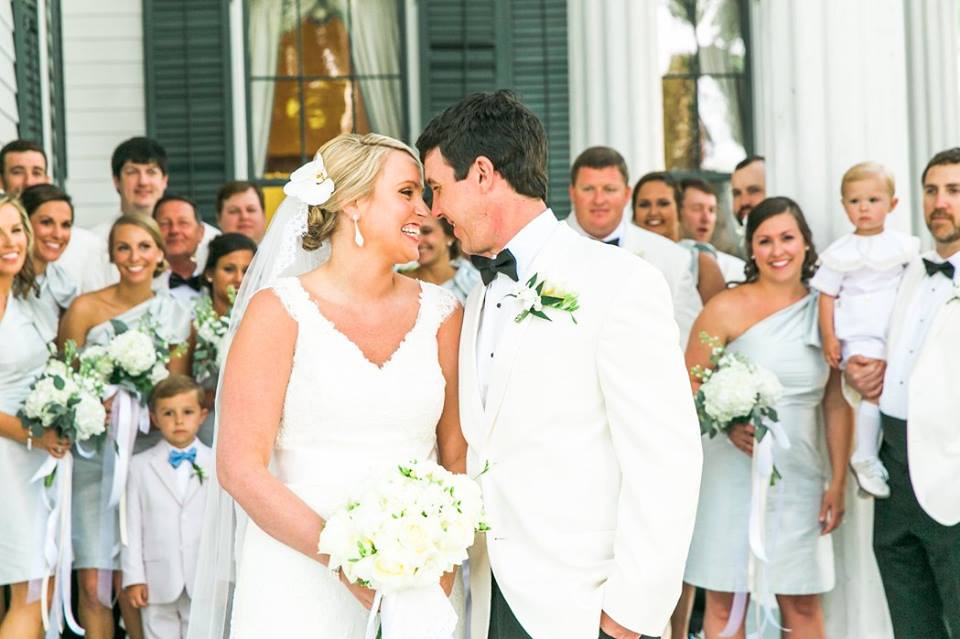 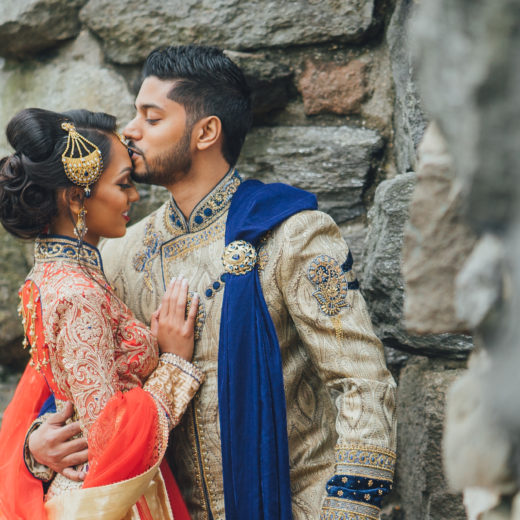 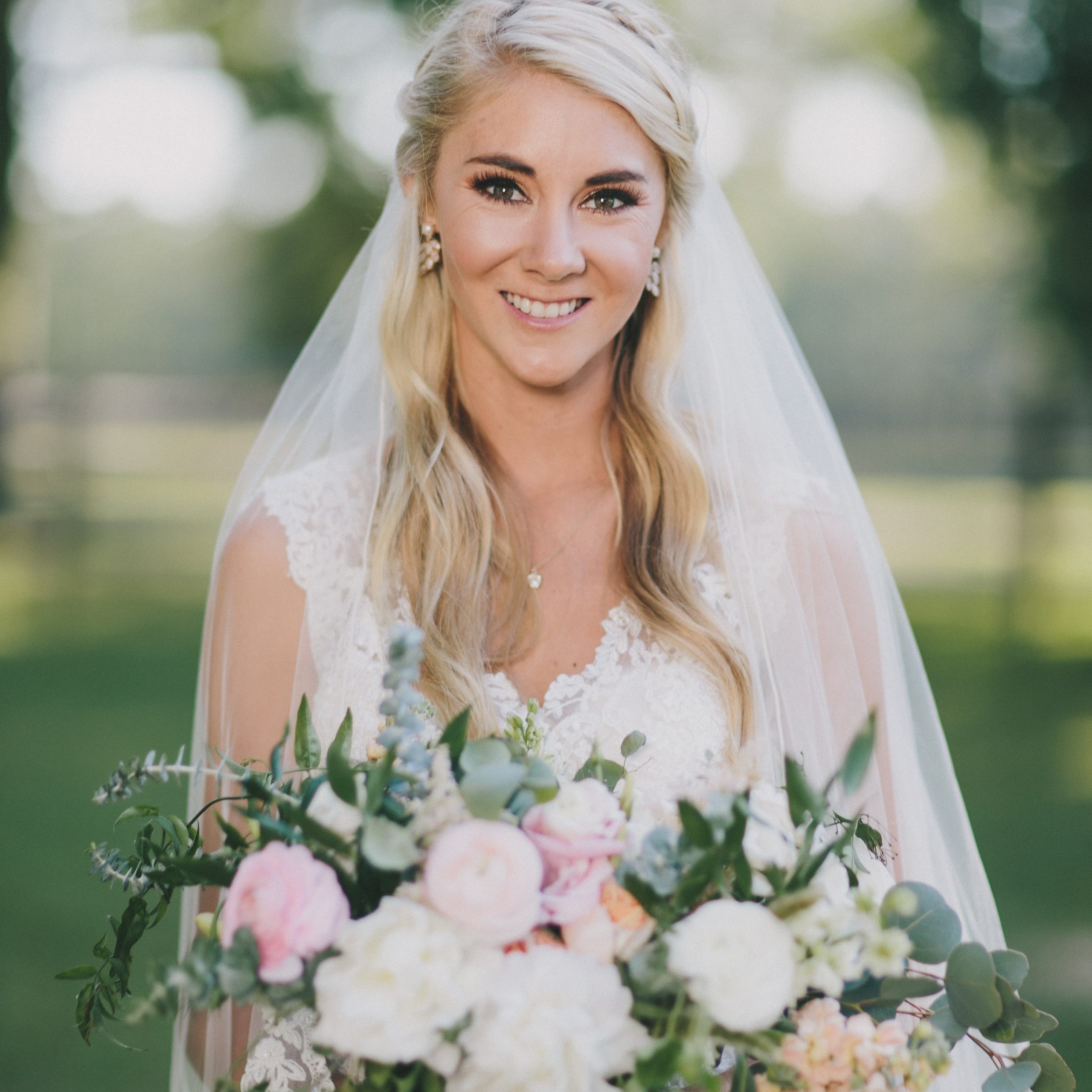