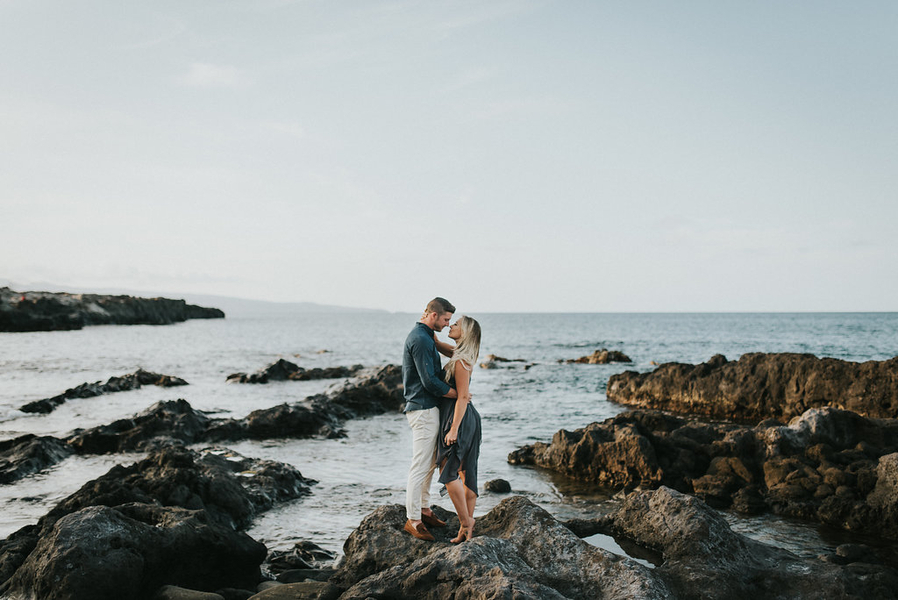 Mike and Lara were in Hawaii for a friend’s wedding and booked a couple’s session with Svetlana Sauer Photography to take advantage of the gorgeous beaches. Svetlana usually knows what to expect during a shoot, but she had no idea what Mike had planned.

“About five minutes into our session, Mike asks if he can do something real quick before we take any more photos,” Svetlana said. “I assumed he wanted to put his phone down, but then what he did next took both Lara and I by surprise!” He got down on one knee and proposed. 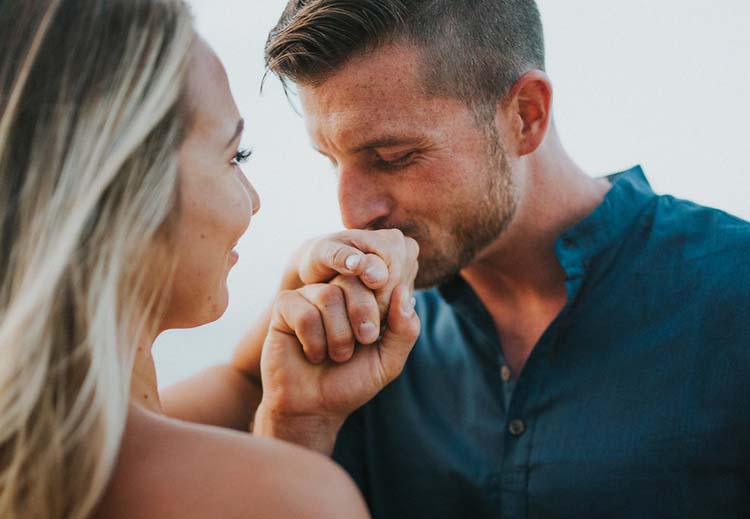 “People have always said to me ‘when the right one comes along – you will know!’ I never really believed that to be true,” Lara explained. “I didn’t believe in soul mates or love at first sight. I believed that relationships took hard work and years of getting to know someone and I thought I would be forever skeptical of true love and never thought it would happen to me.

“Then I met Mike and everything changed.”

When Lara started online dating, she wasn’t expecting to meet her future husband. She was newly single and starting her career in a new city. She and Mike chatted for a few days before meeting in person. They connected right away.

“The first date was supposed to be a quick meet and greet over a glass of wine – but we ended up talking for hours,” Lara recalled. “I felt at ease with him and he was so charming and engaging I honestly couldn’t have picked a better date myself. The first date ended with a hug and later I received a cute follow up message saying how much he enjoyed our night together. The following night we made plans to see each other again.”

Soon, the couple began spending every day together and it became clear to Mike and Lara that they were meant to be together. “After an incredible day, we told each other that we loved each other and we couldn’t picture our lives without one another. Our plans of a future engagement and planning a wedding and starting a family started that night.”

At that moment, Lara – who didn’t believe in soul mates – realized they had, indeed, fallen in love at first sight. 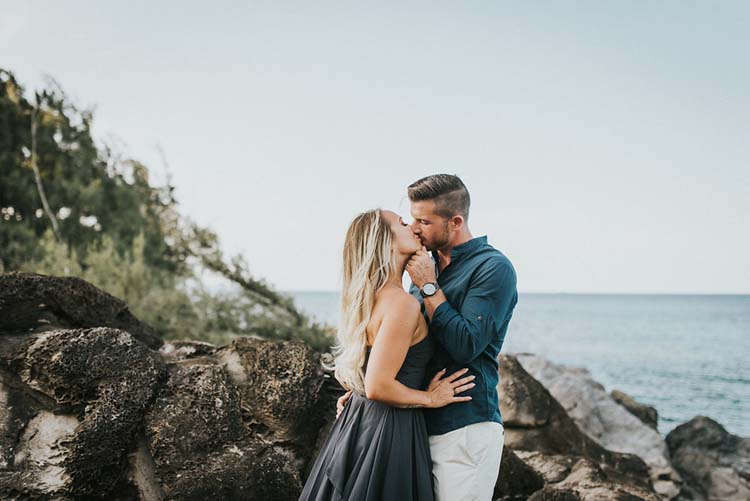 In September, Mike and Lara traveled to Maui for a wedding and turned the opportunity into a vacation. “Hawaii is such a beautiful place, so I suggested we hire a professional photographer to have a photo shoot on the beach so that these memories would be with us forever. I hinted that we could use these photos for Save the Dates or Wedding Invitations if we ever got engaged. Mike  agreed and they booked a session with Svetlana.

“Weeks before the vacation, we still weren’t engaged. I had a feeling that the he had ordered an engagement ring, but I didn’t want to pressure or nag him so I tried not bring it up too much. We flew to Hawaii – still not engaged – but I kind of hoped it would just happen the second we got there.”

Lara knew Mike was going to propose, but she had no idea when or where it would happen. When she hinted about it, he was vague and revealed nothing, but he had been plotting all along.

“The day of the photo shoot, I was so grateful that we were on this amazing vacation together and had this great photo shoot booked,” she said, “But I couldn’t help but feel a little sad.  All I wanted was to be his fiancé and I wished I could just tell it to the world.”

“After arriving at the beach in Maui and meeting Svetlana, the photo shoot started,” Lara recalled. and “We were about ten minutes in, walking along some rocks, when suddenly Mike said ‘Wait – before we do anything else, I want to ask her to marry me.”

Lara turned around to see Mike holding the ring. As he dropped to his knee and proposed, Lara said she started laughing and crying at the same time. “It is honestly a moment I can never forget and still gives me goosebumps when I think about it. I hugged him, and he told me he has loved me since day one and always will.

“Mike is the most supportive person in my life. He looks out for me like no one ever has, and I’m so grateful that he made me believe in true love.” 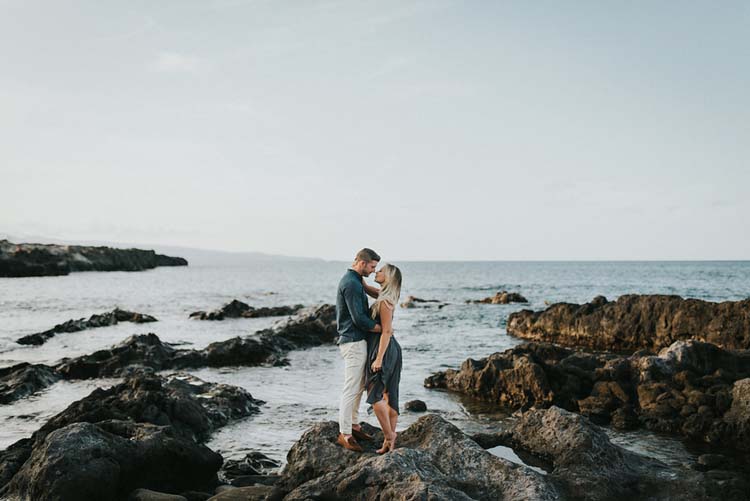 “This was one of the most beautiful proposals, and I feel lucky I was there to capture every moment of it! Both of them were just giddy in love the whole time and couldn’t stop smiling and looking at each other,” said Svetlana. “One of my favorite sessions of all time.” 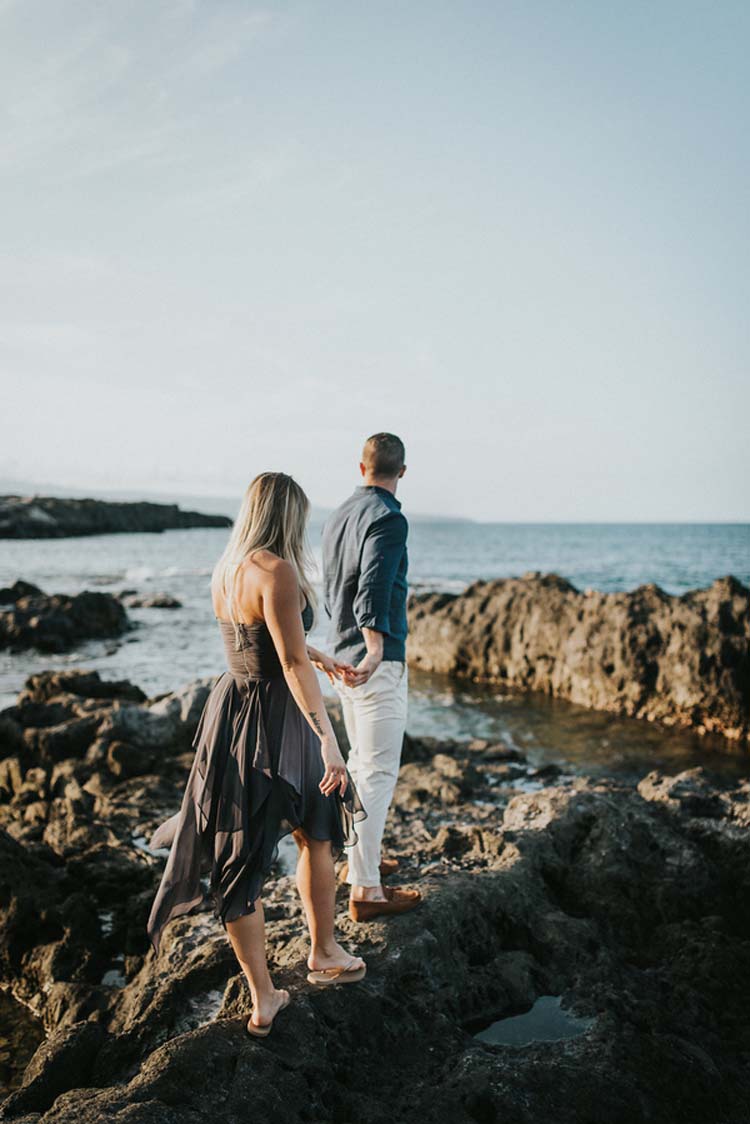 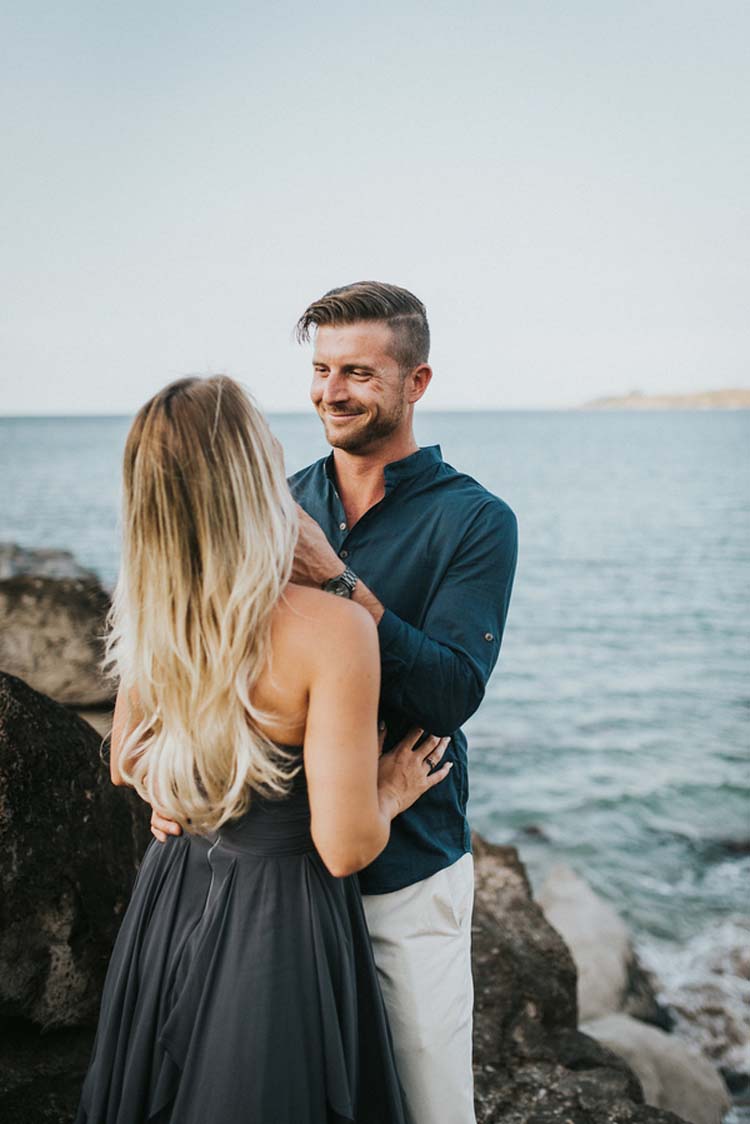 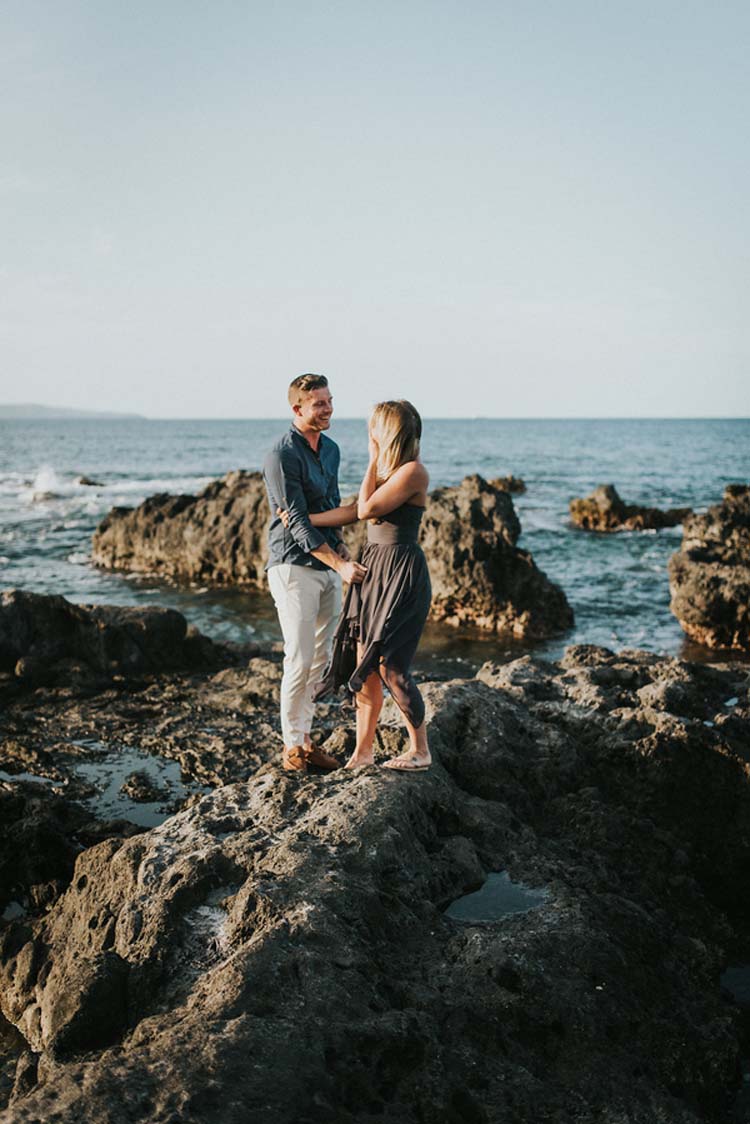 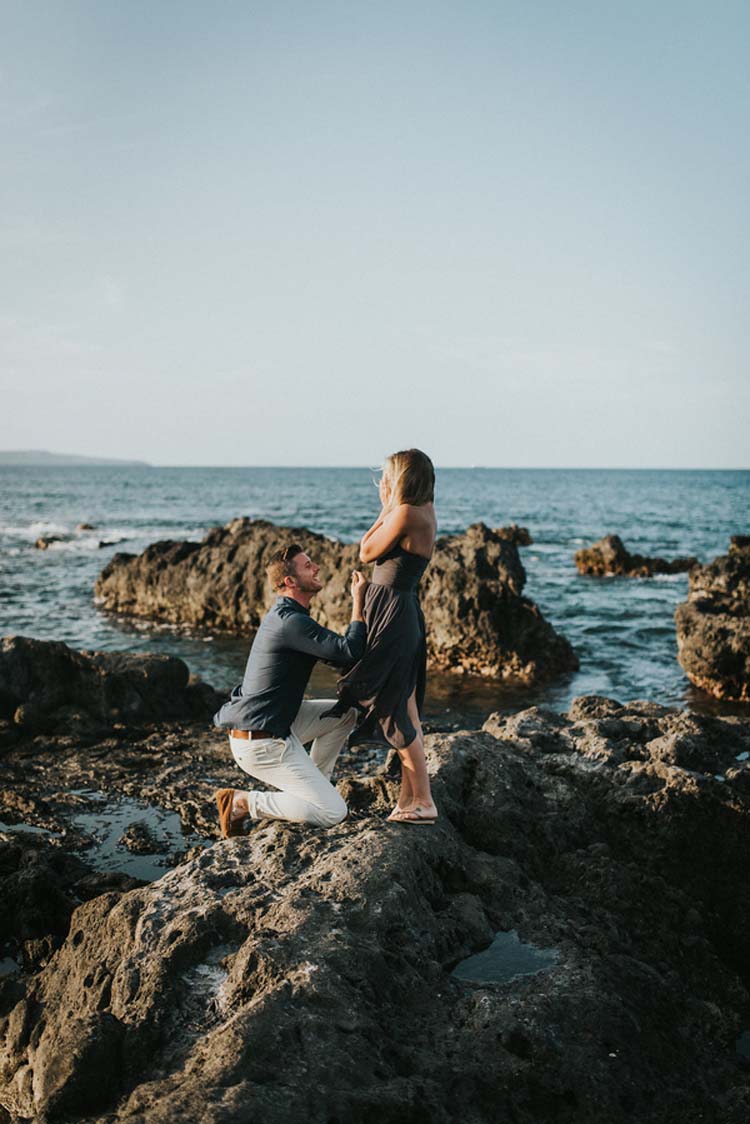 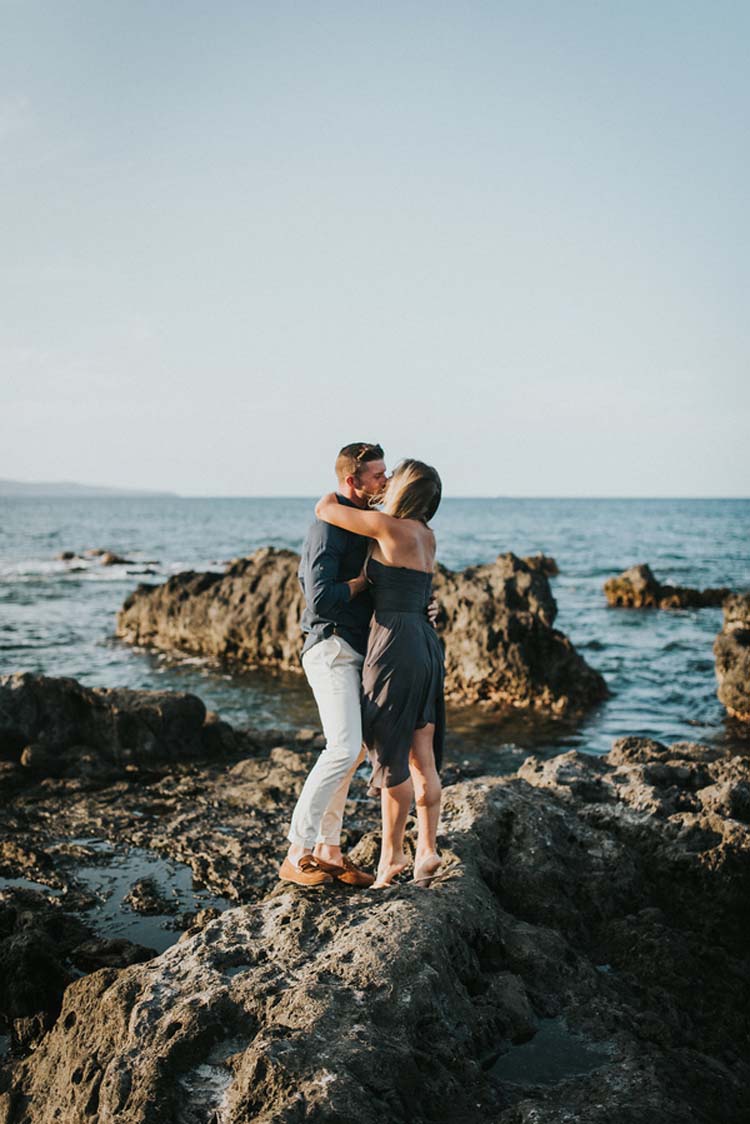 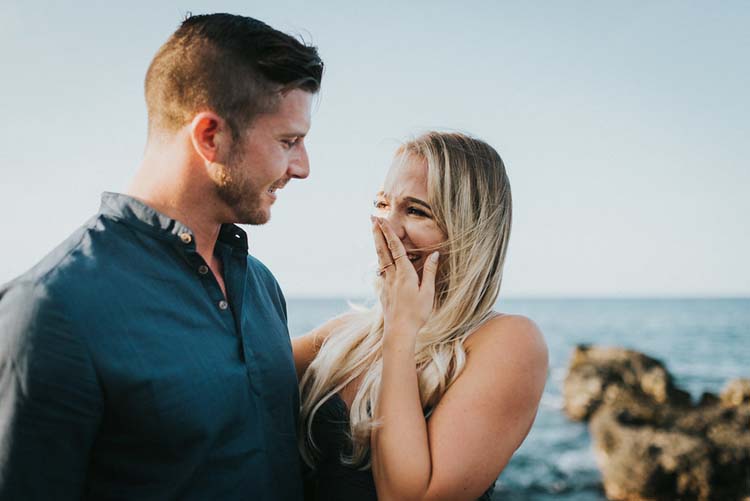 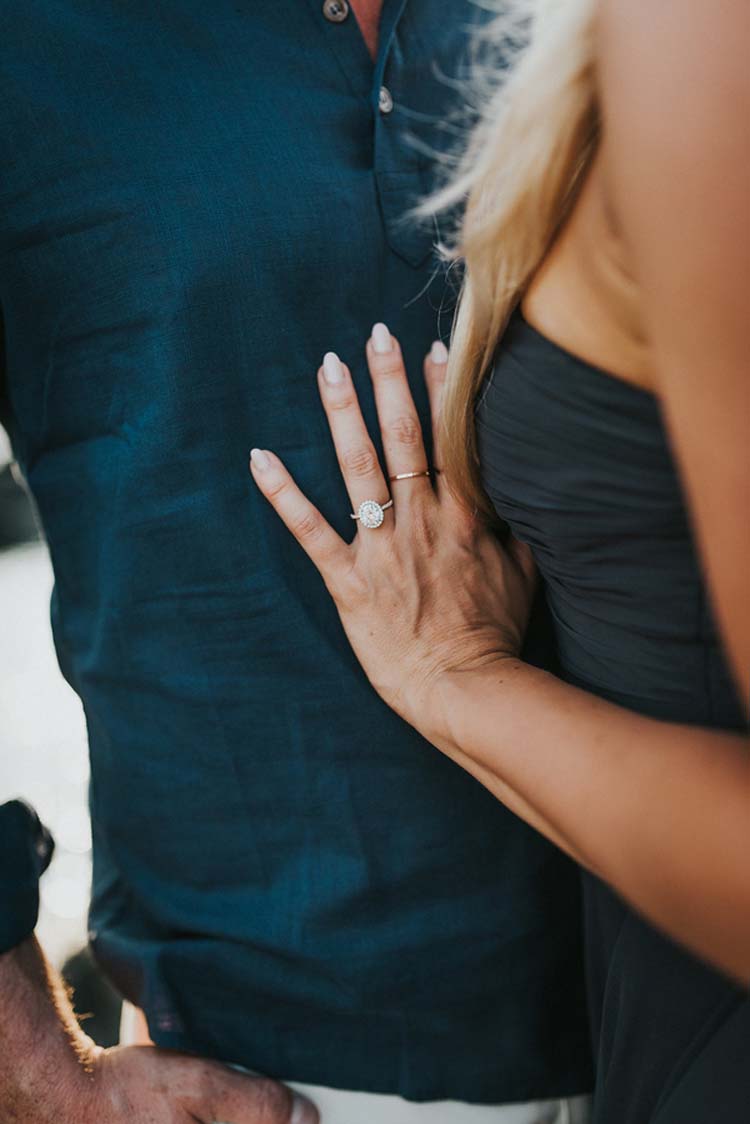 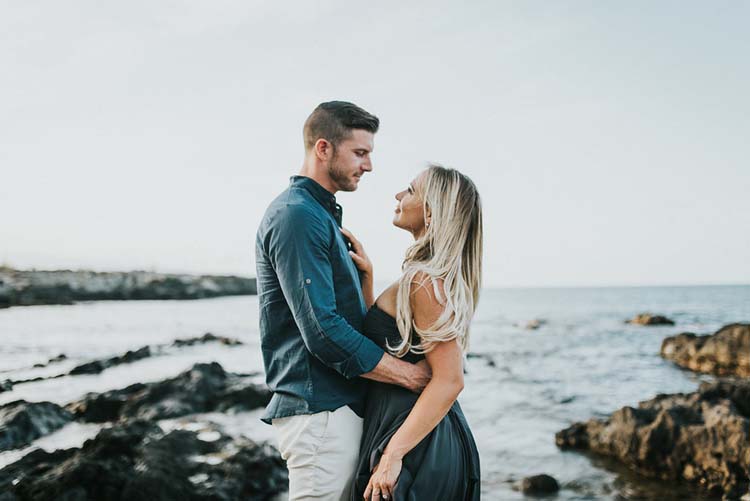 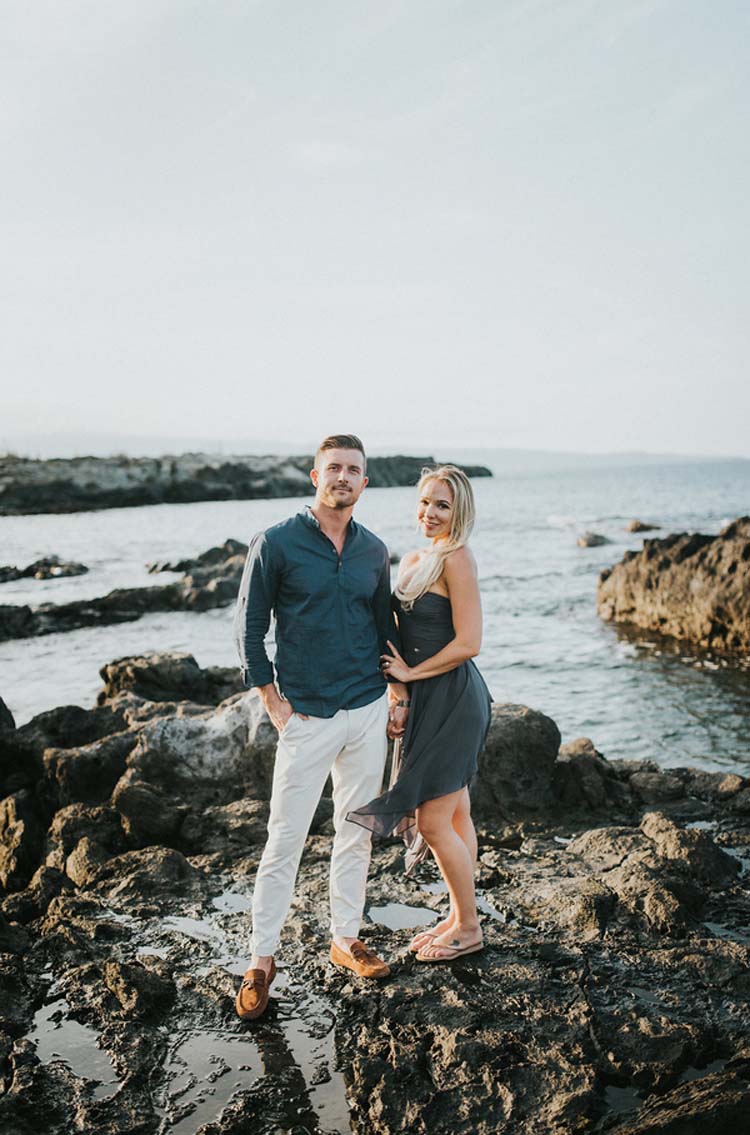 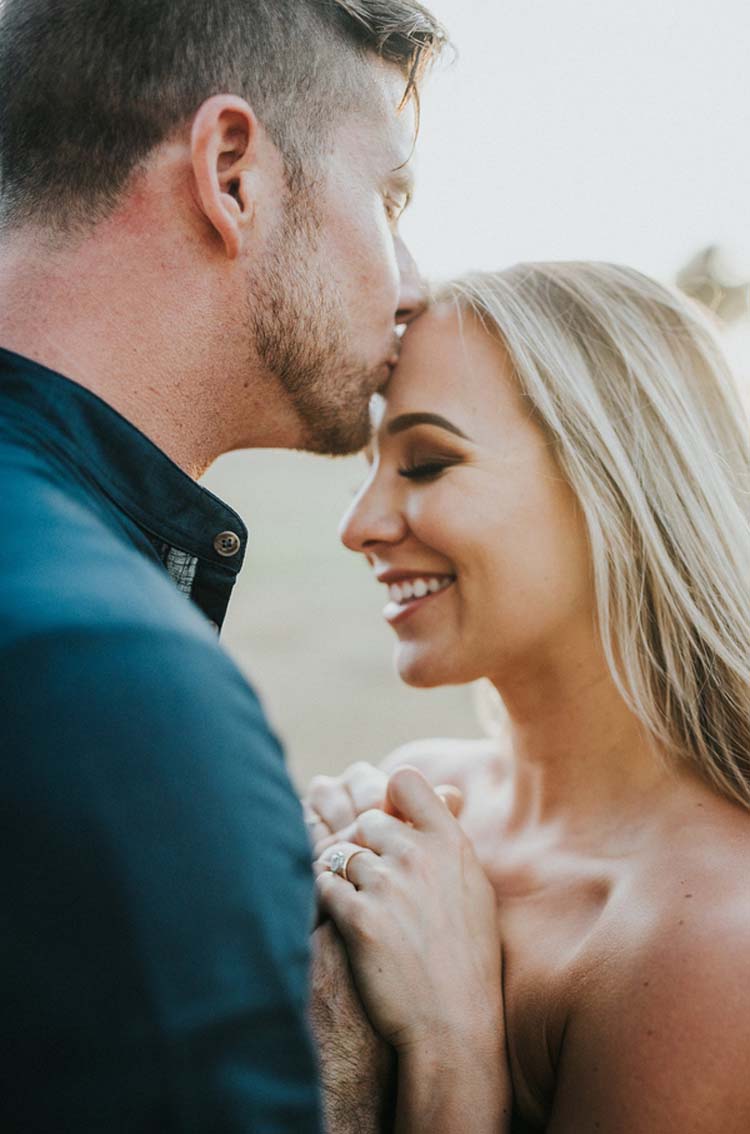 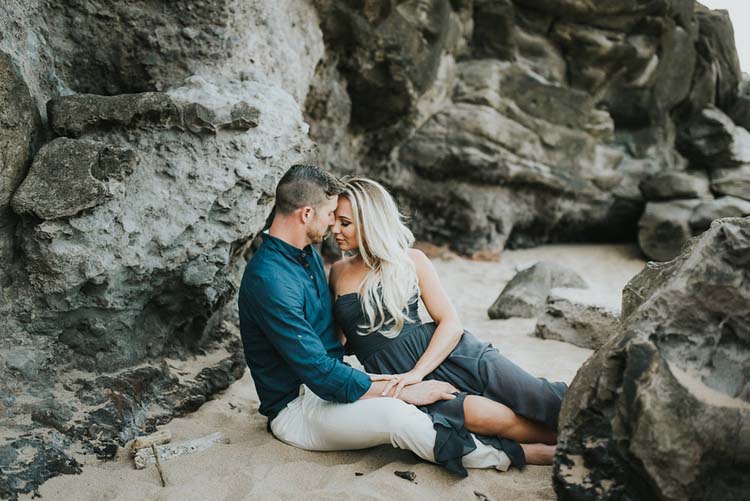 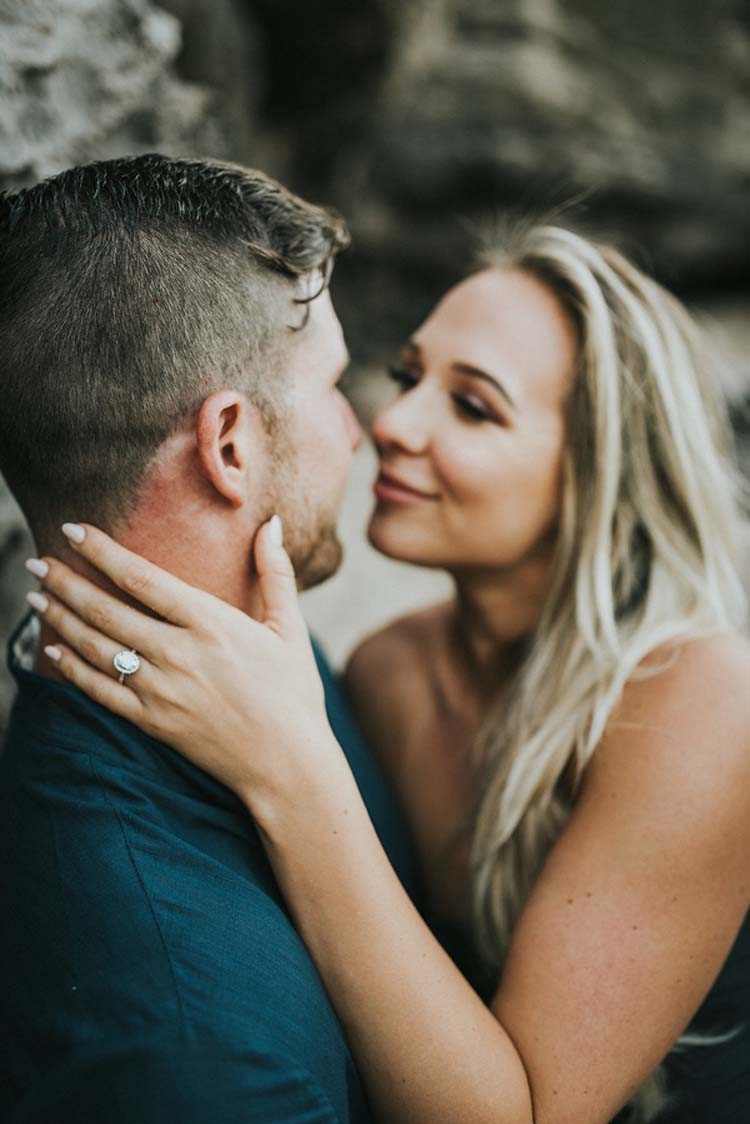 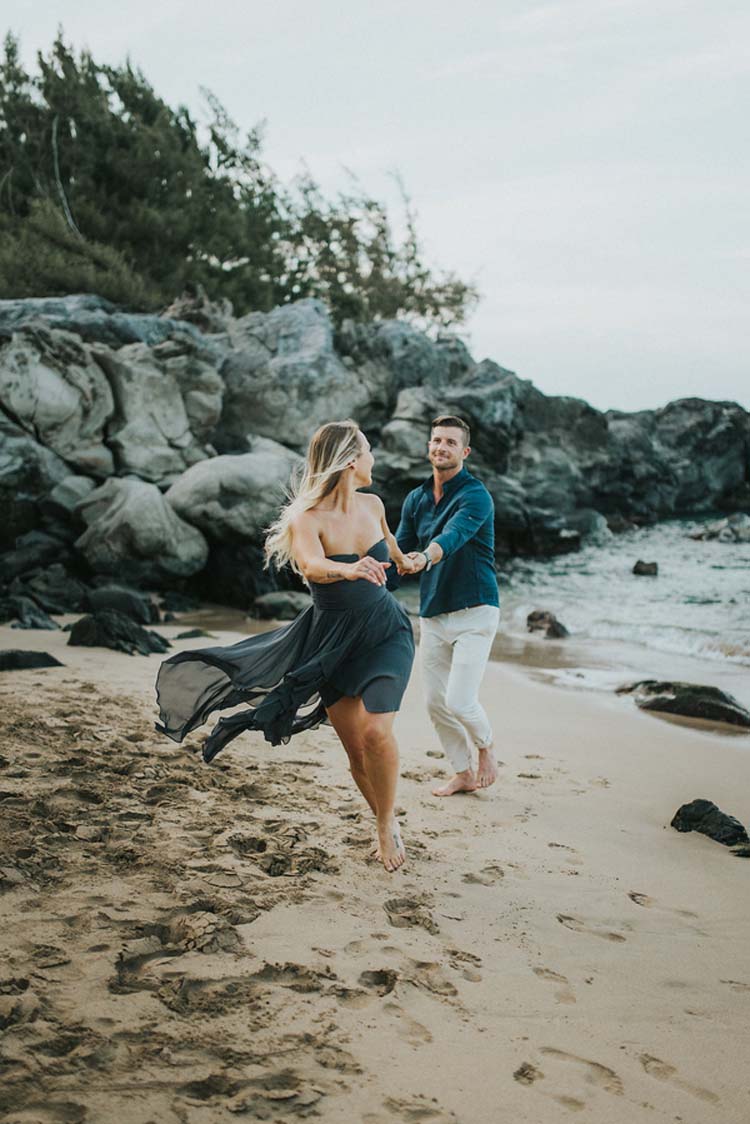 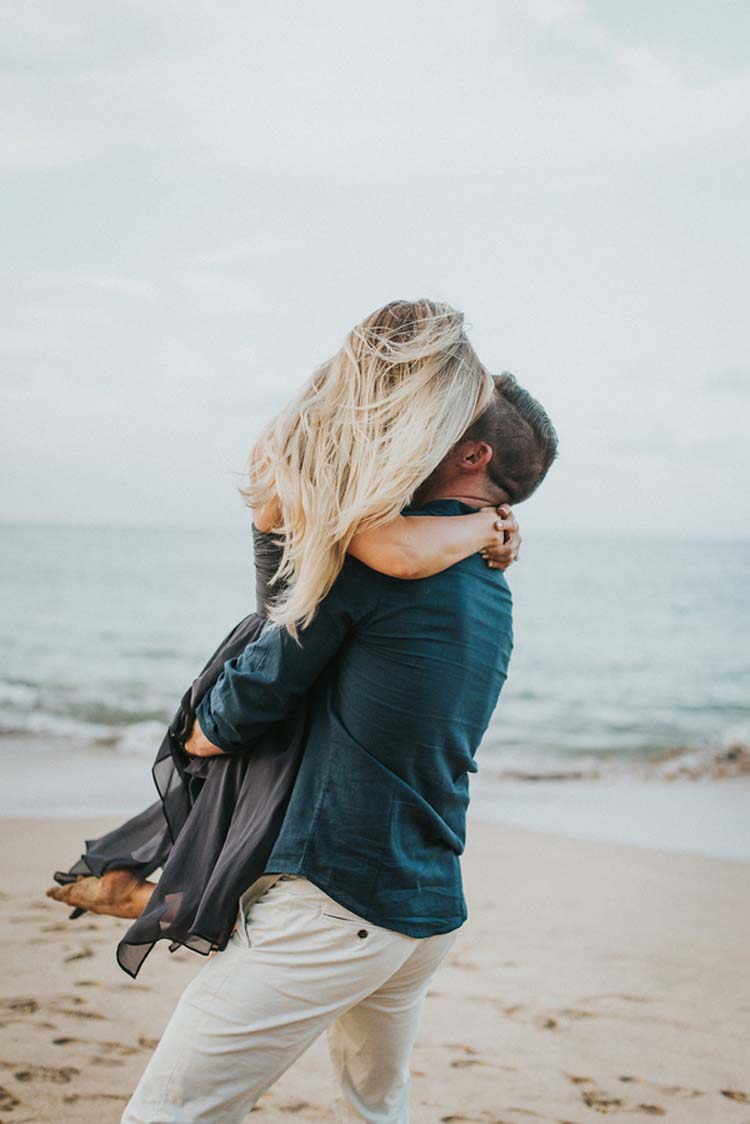 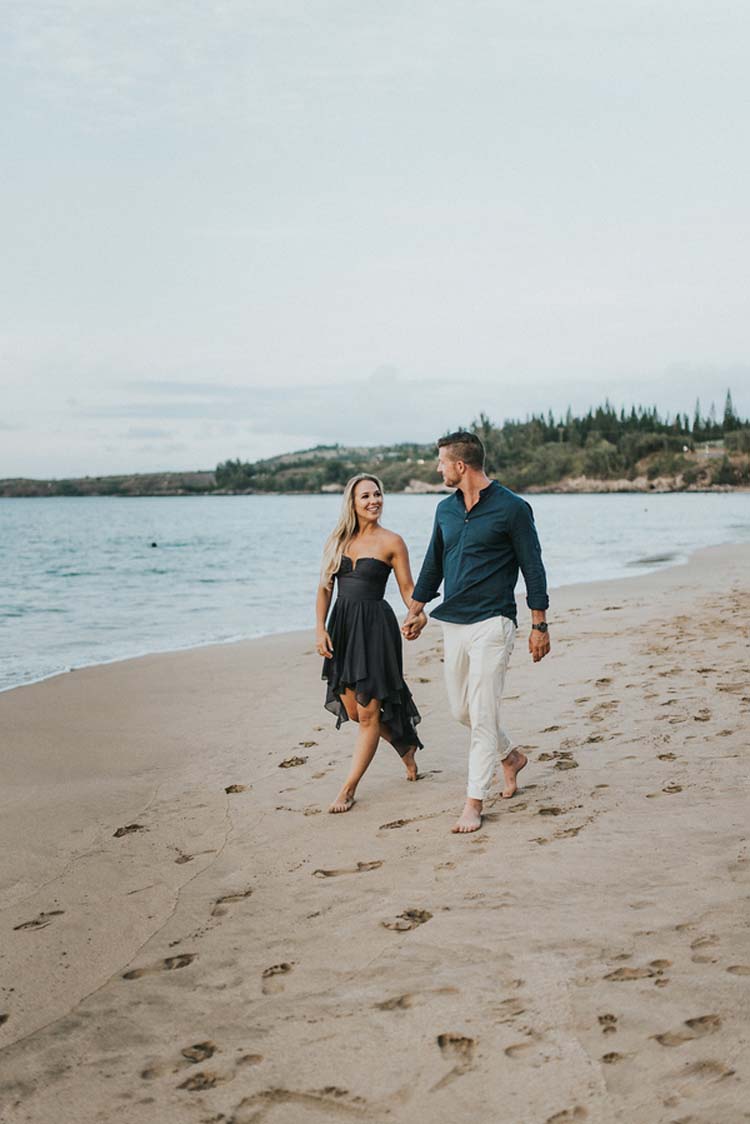 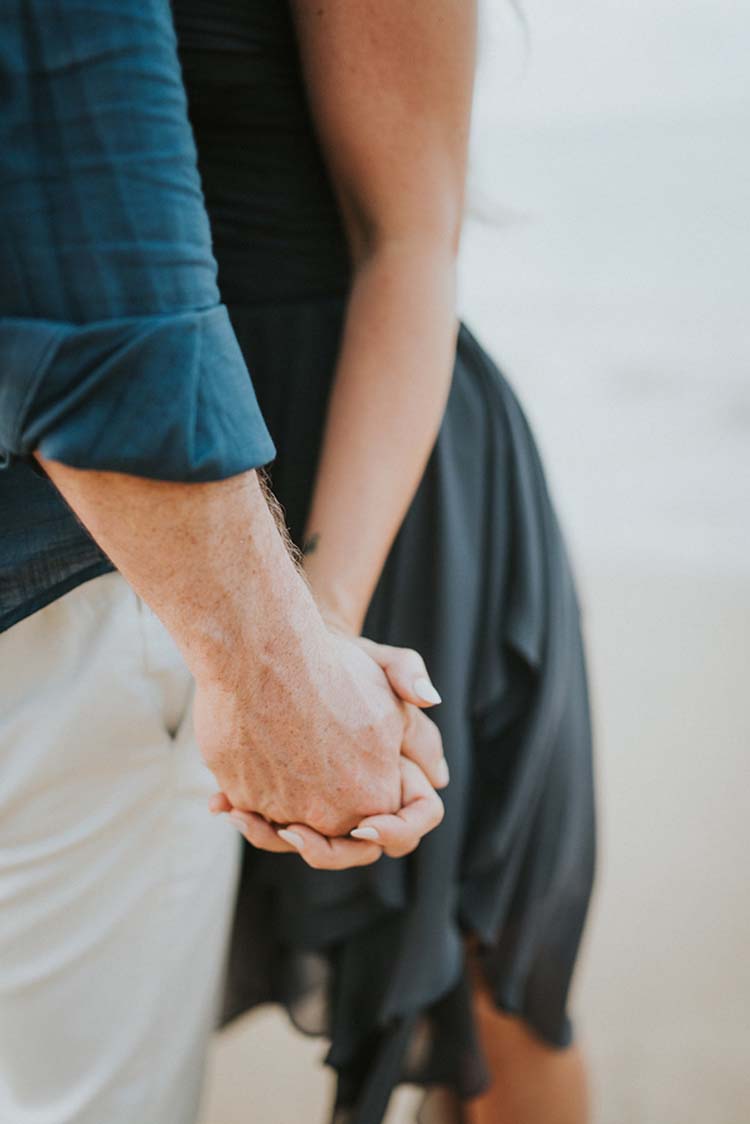 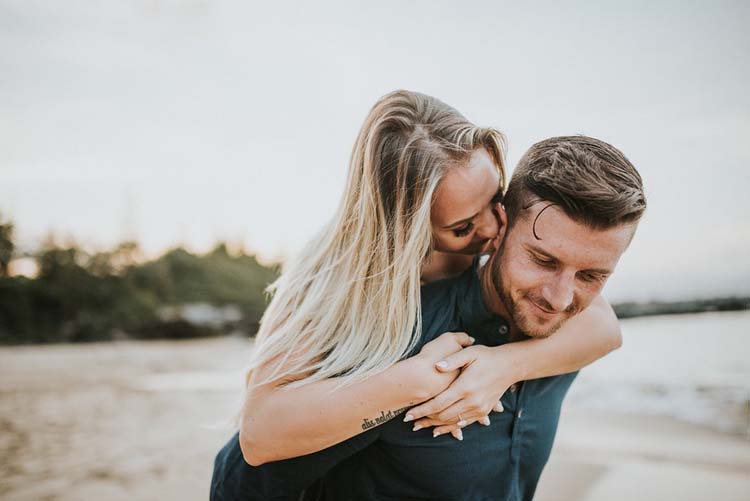 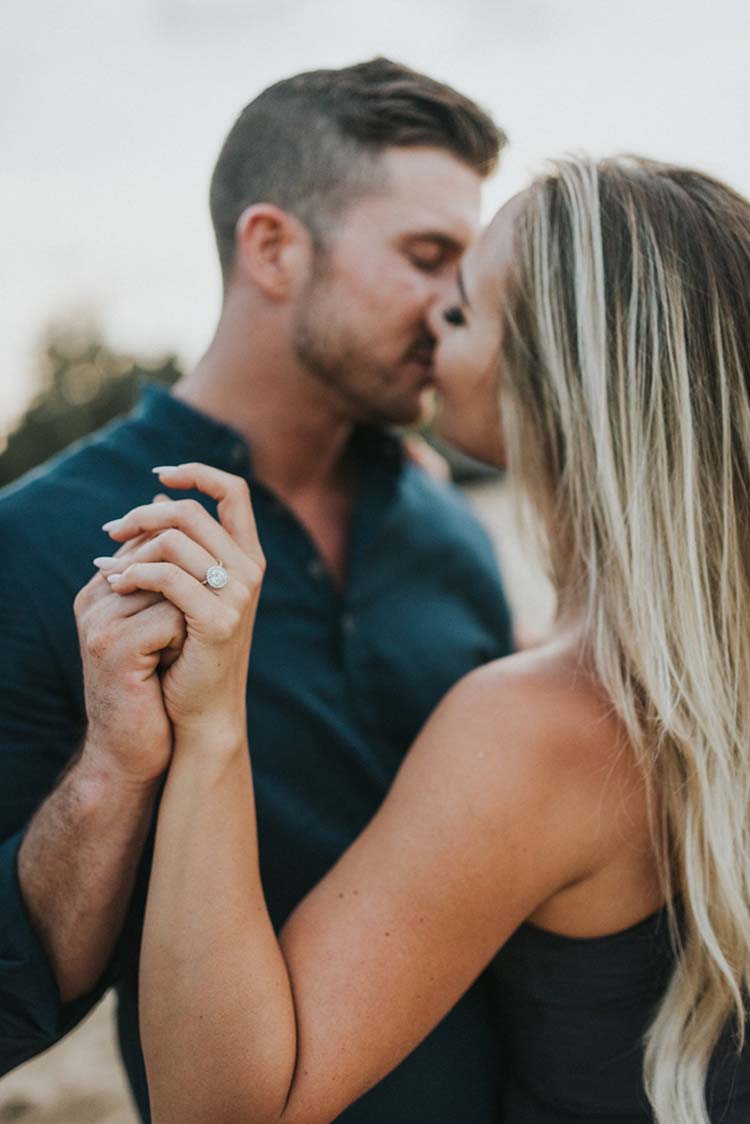 Mike and Lara are so happy their engagement was caught on camera so they can look back at that special moment for the rest of their lives. The newly engaged couple plans to wed in Kelowna in August of 2018  are excited for what the future holds. Congratulations, Lara and Mike! – IDY 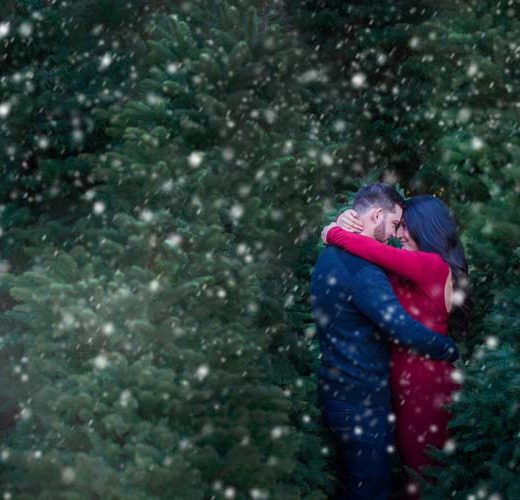 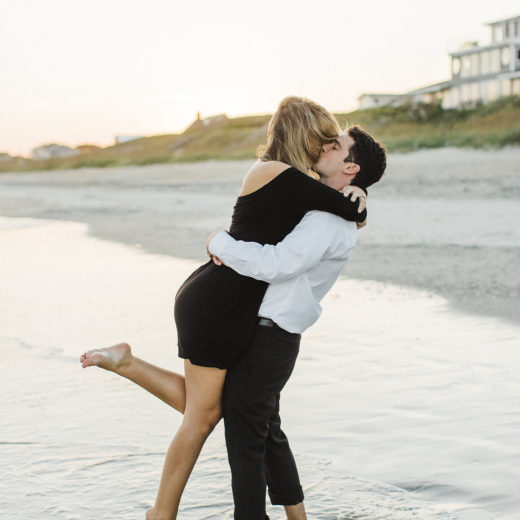 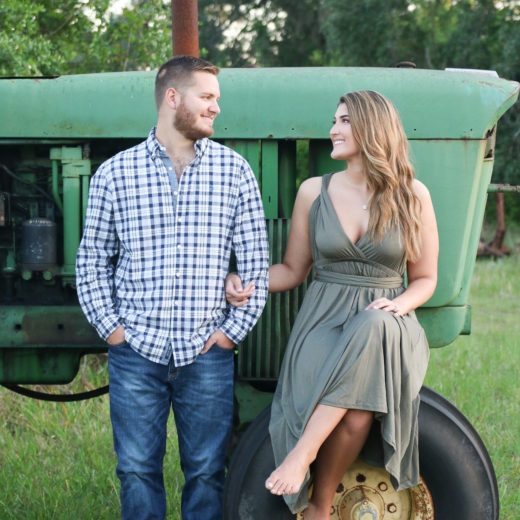